Darmstadt-Eberstadt, April 22, 2022. Magnetically cooled beverages, many visitors and exciting insights into the world of magnetocalorics: last Sunday, the up-and-coming company MAGNOTHERM invited visitors to its open house. The second generation of a magnetic refrigeration machine was also presented. This is twice as efficient as its predecessor and brings the young team a big step closer to sustainable, emission-free cooling.

Around one hundred people gathered in the business and laboratory premises at Pfungstädter Straße 102. In addition to many friends and family members, business partners, suppliers and potential customers, but also interested students, scientists and employees from the academic environment were on site.

They were there when the second generation of a magnetic chiller was ceremoniously presented. "This one is half the weight, half the size, and half the cost of its predecessor, while being twice as energy efficient," said MAGNOTHERM's CPO Jeffrey Pickett, summarizing the new device's improvements. The team has thus achieved another milestone towards sustainable cooling for an emission-free future society.

In addition to the new device, guests at the open house were also able to examine POLARIS, the world's first commercially available magnetic beverage cooler, and taste its contents: magnetically cooled beer ("MagnoHelles") as well as apple spritzer ("MagnoSchorle"). The cooler had only recently been presented to representatives of the refrigeration industry at Fraunhofer IPM in Freiburg as part of the Magnetocalorics consortium study.

In the future, the device will be sold as well as rented out to trade fairs, congresses and festivals. Production of ten prototype devices is planned by the end of 2022, before the first small-scale series starts in 2023. The device is intended to target customers in the beverage industry and event sector.

Based on the beverage cooler, the team plans to develop other cooling systems in the future, such as for food retail and building air conditioning.

In addition to the beverage cooler, MAGNOTHERM already markets two scientific devices: the MS30 for demonstrating the magnetocaloric effect and the MS90, a measuring device for optimizing magnetocaloric materials.

In addition to room temperature applications, the technology can be used at cryogenic temperatures as low as -273°C to liquefy hydrogen and transport and store it in an energy-efficient manner at high energy density.

Magnetic cooling technology uses magnetocaloric materials that are temperature-responsive to magnetic field changes and water instead of climate-damaging or problematic coolants. This can be used to build units that are up to 40 percent more efficient than a conventional gas compressor.

MAGNOTHERM is a spin-off of the Technical University of Darmstadt and has unique know-how in the fields of materials science as well as plant engineering.

Get the latest posts delivered right to your inbox 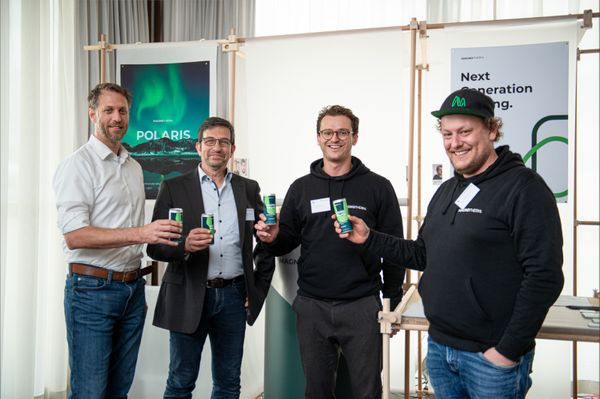